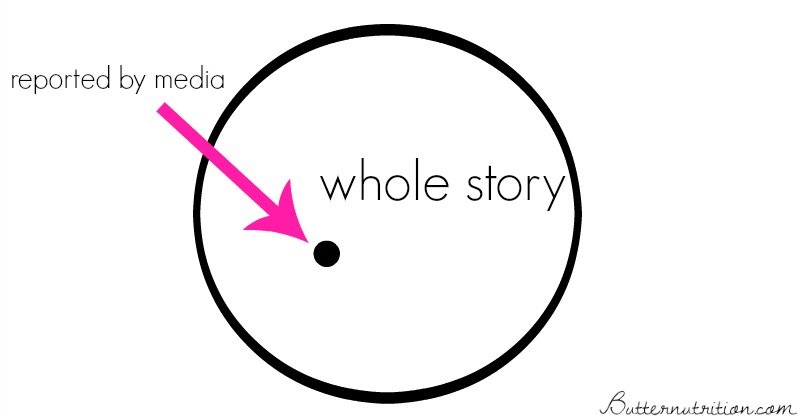 Are you hearing the whole story when it comes to vaccines? Here is more of the story that big pharma and the Center For Disease Control (CDC) does not want you to hear about. Fortunately, the CDC is currently being investigated, and I hope you will hear about this in the mainstream media sooner rather than later…

1. Vaccine Manufacturers Are Conveniently Excused From All Vaccine Injuries Because of H.R.5546 – The National Childhood Vaccine Injury Act of 1986. Is Their Motive Public Health or Profit?

Did you know that when a single vaccine  is added to the vaccine schedule, it guarantees big pharma 30 billion dollars in a single year? To make matters worse, because vaccines are considered “public safety” and are not classified as pharmaceutical drugs, they undergo less rigorous safety testing than tradition drugs.

Regardless of how you feel about vaccines, how can you be sure it’s a public health issue versus a profit-driven one? In 1983, children received 7 injections of 24 doses of vaccines. In 2016, children are scheduled to receive 50 injections of 69 doses of vaccines. Ironically, pharmaceutical manufacturers were conveniently excused from all vaccine injury liability in 1986. This is a disgusting fact that is absolutely inexcusable, and it is more than a little suspicious. How can people argue that vaccination is a social obligation without any obligation for liability from the manufacturer?

2. The US Infant Vaccine Schedule Requires The Most Vaccines For Infants Less Than 1 Year Old In The Whole World.

According to a September 2011 study in the Journal of Human and Experimental Toxicology, “The US childhood immunization schedule specifies 26 vaccine doses for infants aged less than 1 year—the most in the world—yet 33 nations have lower IMRs [infant mortality rates].” They found that across the 34 nations analyzed “a high statistically significant correlation between increasing number of vaccine doses and increasing infant mortality rates, with r = 0.992 (p = 0.0009).”

3. Combining Childhood Vaccines at One Visit Is Not Safe.

Did you know vaccines are commonly combined at routine pediatric visits, yet there are no combination studies proving that combining vaccines in a single visit are safe?

According to The Journal of American Physicians and Surgeons, “Although CDC recommends polio, hepatitis B, diphtheria, tetanus, pertussis, rotavirus,Haemophilus influenzae type B, and pneumococcal vaccines for two-, four-, and six-month-old infants, this combination of eight vaccines administered during a single physician visit was never tested for safety in clinical trials,” Miller writes. “This is at odds with a CDC report which found that mixed exposures to chemical substances and other stress factors, including prescribed pharmaceuticals, may produce ‘increased or unexpected deleterious health effects.”

The journal concludes: “The safety of CDC’s childhood vaccination schedule was never affirmed in clinical studies. Vaccines are administered to millions of infants every year, yet health authorities have no scientific data from synergistic toxicity studies on all combinations of vaccines that infants are likely to receive. National vaccination campaigns must be supported by scientific evidence. No child should be subjected to a health policy that is not based on sound scientific principles and, in fact, has been shown to be potentially dangerous.”

While you can view the ingredient list for all of the vaccines right here, I’ll give you some of the highlights:

In addition, the side effects can be worse than the disease the vaccine is trying to prevent…

5. The CDC Doctored Data Linking The MMR Vaccine To An Increased Risk Of Autism.

A major coverup at the CDC kept you and even your doctor from getting the truth about the real risks of the Measles, Mumps, and Rubella (MMR) combined vaccine. In 2002, evidence was destroyed that linked the MMR vaccine to autism. Two years ago, Dr. William Thompson (the CDC Whistleblower) came forward and exposed the fraud that took place with the MMR Autism study. The former head of the CDC, Dr. Julie Gerberding, who let the fraud take place, shortly thereafter, landed a job a Merck Pharmaceuticals in the vaccine division.

If you didn’t hear about the CDC committing fraud, it’s because it was blacklisted from being talked about by media outlets due to funding by big pharma. On the upside, the CDC is currently under investigation, so hopefully you start hearing about it very soon.

The CDC also refused to do a scientific study that compares the health of vaccinated kids to those who are not vaccinated. Do you think they are scared of the results?

6. Vaccine Injury Payouts to date by the US Government Are Astounding (approximately 3.3 billion dollars).

According to the U.S. Department of Health and Human Services, “Since 1988, over 17,028 petitions have been filed with the VICP. Over that 27 year time period, 14,602 petitions have been adjudicated, with 4,687 of those determined to be compensable, while 9,915 were dismissed. Total compensation paid over the life of the program is approximately $3.3 billion.”

7. Outsourcing Your Health Without Doing Your Research Is A Dangerous Practice.

I don’t blindly place my faith in mainstream media, pharmaceutical companies, and the Center for Disease Control.

Did you know the US is one of only two countries that allow the pharmaceutical companies to market directly to consumers? This provides the pharmaceutical companies to control what mainstream media says about vaccines and what opposing viewpoints get censored because of the 18 billion dollars annually spent on advertising (yet they spend 6 times that amount marketing to doctors)!

8. Autoimmune Disease Is Caused By Viruses, Introduced By Vaccination!

If you or your children have an autoimmune disease, you must watch this video in its entirety. Dr. Tent discussed the evolution of vaccines and their startling links to Autoimmune disease and chronic disease. While I highly recommend watching the whole video, the most important information starts at about minute 53.

9. The Vaccine System is Broken.

Researchers from Yale and Penn State Medical Schools found a very disturbing association between the onset of certain brain disorders and vaccine timing in five years of data on children aged 6-15 years old. According to Robert Kennedy of EcoWatch, the study found that “young people vaccinated in the previous three to 12 months were significantly more likely to be diagnosed with certain neuropsychiatric disorders than their non-vaccinated counterparts.”

The study can be found here, and raises serious concerns about whether or not vaccinating vulnerable children could be causing immune and neurological damage.

If any of this doesn’t feel right to you, push for reform. The movie Vaxxed: From Cover-Up to Catastrophe advocates the following:

Vaccine reform will not be easy. Quoting Mark Twain, “It’s easier to fool people than to convince them that they have been fooled.”

By no means is my mind made up on vaccines quite yet, but I’ll continue to push to hear all sides of the story. 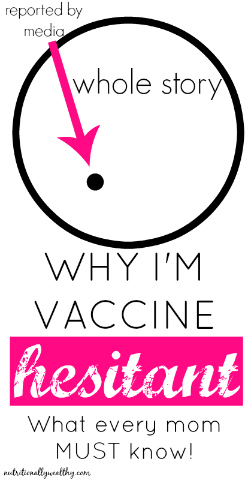